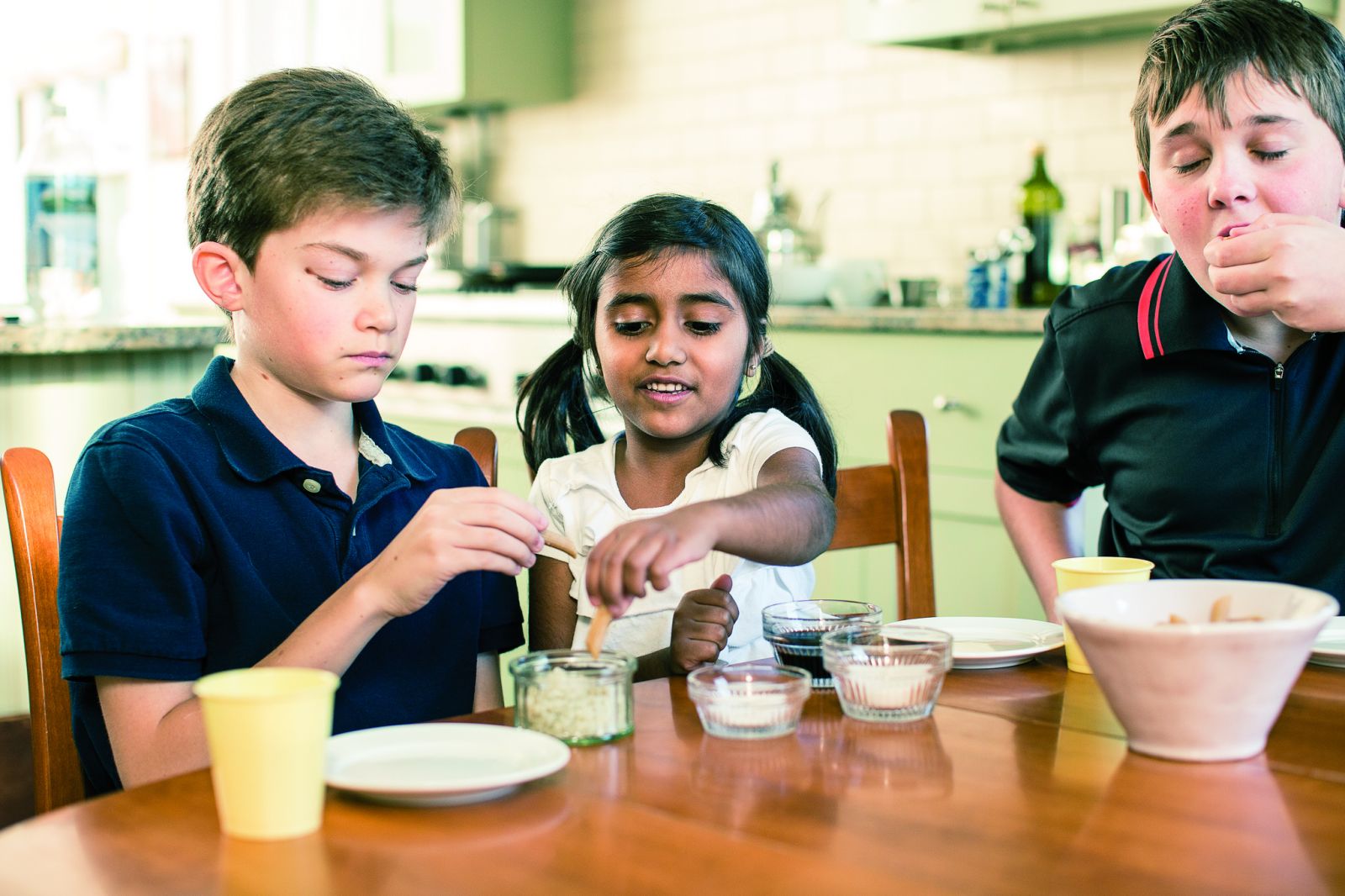 Salt is one of the oldest and most widely used seasonings on the planet—and saltiness is one of the very few basic human tastes. While it’s true that salt is an important ingredient in good-tasting food, too much salt has been associated with health problems, especially in people prone to high blood pressure. We’d like you to experiment with different kinds of salt to see how they taste, with a goal of learning to use less salt. When the food you’re cooking tastes good, you’ll enjoy other flavors (besides salt) so much more.

Table salt, like the kind you find in a salt shaker, is mined from the earth. It’s fine-grained and may have added ingredients such as iodine (which is added because it’s a nutrient people need).

Kosher salt has larger crystals so it’s easier to control the amount you use. (It’s our favorite salt, here at ChopChop.)

Sea salt is made from evaporated ocean water and tends to have large crystals and a lot of flavor. Use just a little—it’s really salty!

Cut up a plain baked or boiled potato or a peeled hard-boiled egg, or put out a bowl of cooked (unsalted) pasta.

Now put out shakers or small dishes of whatever salt and salty condiments you have: table salt, kosher salt, sea salt, soy sauce, and/or fish sauce. (If you’ve only got only one kind, just try that one.)

·      Now, try one of the salts: sprinkle a little on and taste it (or, in the case of soy sauce, dip a piece into it). Now how does it taste? Try it again with half the amount.

·      Try the other salts. Do the salts taste different from each other? Is one salt saltier than another?

·      Try adding another seasoning with the salt: a squeeze of lemon or a tiny pinch of sugar. Does that change the way you experience the saltiness?

·      Which one do you like best? What’s the perfect amount of salt for you?

Did you know? Long ago, salt was so valuable that Roman soldiers were paid with it. That’s where the expression “worth your salt” comes from, and it also might explain the root of the word “salary.”