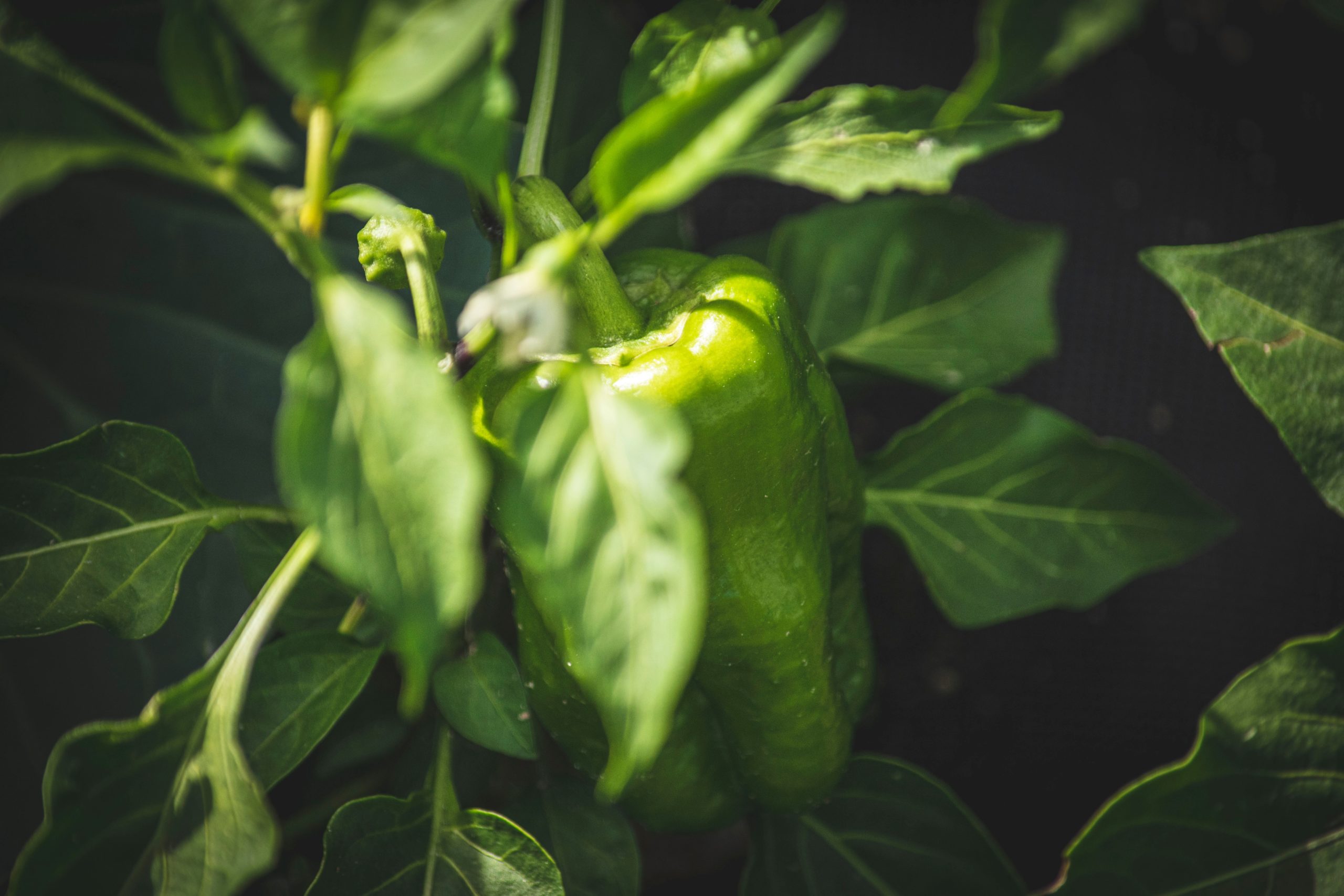 NOT EASY BEING GREEN Many cooks I know claim to hate green bell peppers. They think of them as no more than bitter versions of their sweeter red, orange, and yellow brothers.

Me? I love them. But I admit that my reasons are as much personal as culinary.

In the small Iowa farming town where I grew up, the soil was black. Not dark brown, black. Like licorice. And that old cliché that anything you stuck into the ground would grow? Completely true.

I know this because of my father’s enormous garden. Tucked away on the upper part of our lot, it held row after row of vegetables, from onions and tomatoes to Swiss chard and sweet corn. And of course bell peppers.

I seldom paid any attention to the garden. Who cared about vegetables back then, anyway? But every once in a while, desperate for distraction on a hot summer day, I would wander up past the plum trees and my brother’s homemade pole vaulting pit to see what was there.

Sometimes my friend Eddy, who lived just a couple of blocks away, would join me. Like most everybody I knew, Eddy hated talking about feelings. When I ran into him at the drugstore soda fountain the day after his father died and told him I was sorry, he glared at me and said, “What for?” and refused to speak to me for a week.

So on those long afternoons, when it seemed that nothing would ever happen in this little town where everyone knew everyone, we would sit silently on the ground, picking and eating fat green bell peppers like apples. Hot from the sun, almost lush but subtly bitter, they were curiously comforting, their crisp complexity somehow taking me to another place. And really, what more can a vegetable do?

But my liking for these peppers is not just based on nostalgia. Over the years I’ve found they have distinct culinary virtues in their own right. Instead of adding sweetness, as riper versions do, they provide a subtle hit of bitter—a fresher, cooler flavor, along with more of a crunch.

I am not alone in these feelings. In certain parts of the world, green bells retain the respect they have lost here. Chinese and Creole cooks, in particular, seem fond of these unripe peppers, and they’re a staple in moqueca, the Brazilian fish stew. But perhaps no one revels more in the green peppers than cooks from Spain, especially in the Basque region, where many traditional recipes feature these peppers.

Perhaps the most well known is piperade, in which green peppers, onions, and tomatoes are simply sautéed together. Piperade can be a main dish (usually with the addition of ham), a side dish, or a kind of condiment (my favorite use). It’s particularly nice with grilled or pan-sautéed chicken and fish. INSTRUCTIONS
1. Put a 12-inch lidded skillet on the stove and set the heat to medium-high heat. Heat the oil in the skillet until hot but not smoking.
2. Add the peppers, onions, and salt and cook, stirring from time to time, until onions are translucent and the peppers have started to lighten in color in spots, about 10 minutes.
3. Add the garlic and cook, stirring, 1 more minute.
4. Add the tomatoes, sugar, and pepper flakes or paprika and stir. Reduce the heat to medium, cover, and cook until the tomatoes are starting to fall apart and the peppers are soft but still hold their shape, about 15 minutes.
5. Remove the cover and continue to cook, stirring from time to time, until the mixture is the texture of a slightly runny relish, about 5 minutes. Taste the Piperade and add more salt if you think it needs it.