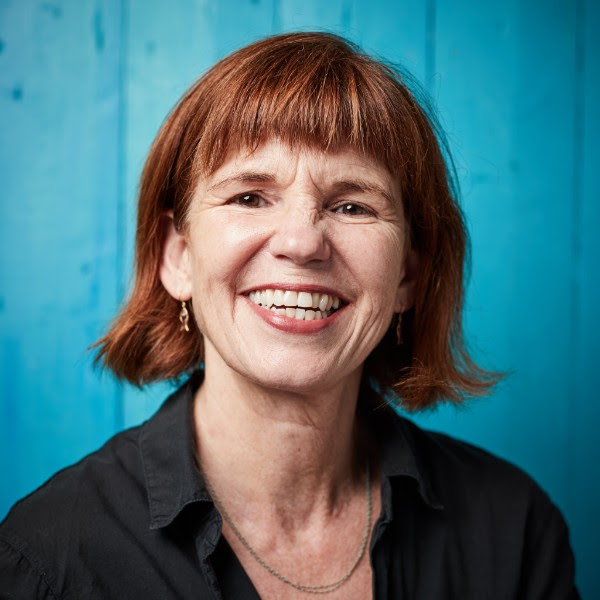 Gail Arnold, known as Chef Gail to kids in the Test Kitchen, has been one of our fabulous Test Kitchen teachers for some time now and has been teaching our Edible Alphabet classes this year.  Gail has been cooking professionally since she was 18 years old (!) and in addition to cooking in restaurants, was director Steven Spielberg’s personal chef. This month we’re celebrating her cinematic connections with our Movie Night Cooking Class.

Gail’s advice for kids is that all kids should learn to make pasta and eggs. And she says to chefs who are learning, “Don’t be nervous. Food doesn’t bite back. Food is fun. Play with it. Enjoy it. Make things you like to make. Make things you want to make and don’t be scared of the knife and the fire.”

HERE ARE 10 THINGS TO KNOW ABOUT CHEF GAIL:

1. Her favorite class in the Test Kitchen is the knife skills class.

Why she loves that class: “I really love teaching the knife skills because the kids come out and it and they feel like “Woah, I’m all grown up. I’m a real chef. I can do things with chef’s knives” because we use real chefs knives. And we literally chop, and slice and dice for two hours. It’s very hands on.  When they walk away from that class they aren’t scared of the knives anymore.”

A funny story from knife skills class: “I had one little boy who attended a class and he cut himself and I told him I would get him a Band-Aid and he said “I came prepared!” and he pulled a Band-Aid out of his pocket.”

Why kids in the class aren’t afraid of knives: “One of my skills is that I make the kids feel extremely comfortable. They’re not scared because they’re in a group and everybody is doing it. And we do things slowly and go through the steps, and we have small classes. Like a yoga teacher would correct your yoga pose, I’m always over there readjusting their fingers and the blade so that they learn to properly cut and don’t cut themselves.

(Psst: We’ll have some more knife skills classes coming up in the spring. Check in on our events page to see new classes.)

2. Her father taught her how to cook.

Gail on her father: “My father was an incredible chef. He bought Gourmet Magazine and did all the cooking in our house.  I would also make pies with my grandmother. I cooked with whoever was around but predominantly my father. Part of it was that he wasn’t teaching me to cook, but I had to chores to do and I was on kitchen duty. We actually had to make our own dinner.   We peeled the onions, we chopped the garlic. We did those things because we were helping out. My father mostly cooked French, Italian, and Chinese. He was an excellent Chinese cook and learned to cook from his Chinese friends in Philadelphia. He made a killer Caesar salad and I make his Caesar salad dressing, always, and he did this steamed Chinese chicken and that’s in my repertoire.”

3. The first thing she remembers cooking was Bechamel sauce.

On why Bechamel sauce was a part of her childhood: “My father used to make it. I loved that sauce. It’s basically butter, flour, milk, and nutmeg, Dad used to watch Galloping Gourmet, loved Jacques Pepin, and got Gourmet Magazine, which was typical of the time period. I think of him whenever I make the sauce. I also make a sweet potato dish with ginger and orange over Thanksgiving  that my dad made, and his marinade for steak or chicken.”

4. She started cooking in restaurants in high school, but studied professionally in France.

During Gail’s senior year of high school, she took on a learning project in which she was able to work for a month in a field she was interested in. Gail worked in a Philadelphia restaurant called The Commissary. Then she went to NYU and worked at a restaurant in Soho. She left school after her freshman year and went to France for three years where she worked as a nanny and in restaurants. Then she went to culinary school in France and spent another year working at restaurants in Paris. She moved back to New York City, then Los Angeles, then back to New York, and that is where she met the Spielbergs.

5. She was Steven Spielberg’s private chef.

The Spielbergs were Regular customers at Nick & Tony’s in East Hampton. Gail was in between restaurants due to permitting issues and the Spielbergs needed a chef for the summer. Their manager asked if Gail would work for the summer, and then she ended up moving to Los Angeles to work for them for many years full time.

6. That job with the Spielbergs helped set her on her career path as a teacher.

Gail on her career change: “The Spielbergs have 7 children. So working in that family, I watched the kids grow up. If you’re in the kitchen kids come and do their homework and you help with their homework. One of their kids came in and he was so excited about learning. He was learning about the Mississippi River, and I said, “You know what, I’m going to back to school.” His excitement for learning was such that it kind of propelled me to go back to school.”

7. Gail is a dyslexic reading specialist.

She went back to college to get her degree at UCLA. She worked for the Spielbergs part-time during school and then moved to Boston for graduate school. Gail said, “I have always loved teaching and kids. It kind of was a calling. I was a camp counselor,  I was always in that type of environment.”

Ana insisted that Sally and Gail should know each other. The two went out for coffee and realized that Gail would be a great fit in the Test Kitchen. Now Gail loves ChopChop recipes like Georgian Kidney-Bean Stew and Fruity Coleslaw and teaches many more recipes in our Test Kitchen.

9. Gail loves to spend time in the sky.

Gail and her husband have a small plane. Gail can’t fly a plane alone, but her husband has a pilot’s license and can fly their plane. They take trips to places like Martha’s Vineyard and the Berkshires.

While watching movies Gail loves to snack on stovetop popcorn. Growing up her favorite movie was The Maltese Falcon with Humphrey Bogart. She also loves movies about food, like a Japanese film called Tampopo. Gail says, “It’s the best movie ever.” Tampopo is about Japanese noodles but is for adults, not kids.

Hungry for more? Learn more about our events and meet Chef Gail at one of our upcoming cooking workshops.