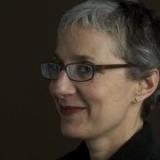 COOKING UP A CURE FOR CHILDHOOD OBESITY

After thirty years of crippling increases in the childhood obesity rate, last week the U.S. Centers for Disease Control and Prevention announced that between 2008 and 2011, obesity declined among low- income pre-schoolers in 19 states and US territories. Obesity strikes low-income families disproportionately so this news is especially meaningful.

Childhood obesity is challenging to tackle, in part because it is multi-causal, and while there is no one clear answer as to why it’s declining, I’d like to offer a solution that instills healthful habits in kids from all income levels: teach them to cook.

We teach our children habits and skills that we take for granted: we teach them to brush their teeth, button their coats, use forks, string beads onto thread, and tie their shoelaces, which is no small feat. If they can tie their shoelaces, even the youngest child can make a habit out of counting cherry tomatoes into a salad, ripping lettuce, stirring sauces, pouring liquid, even using a blender (with help from an adult). Plus, children love tools. Think of the magic of a blender: fruit and yogurt whipping into a drink; a peeler transforming a carrot into shreds, or using a can opener to get a can to release its contents.

Four years ago, I founded ChopChop Kids, the non-profit that publishes ChopChop: The Fun Cooking Magazine for Families. I did this because I have seen firsthand the problems that not-cooking has wreaked and what cooking can do to fix them. Multiple studies have demonstrated that regular home cooking is associated with positive health effects in adults and so it seemed, the same would likely be true for kids [*1] Similarly, “research supports the idea that home cooking is a better predictor of a healthful diet than social class. A 1992 study in the Journal of the American Dietetic Association found that poor women who routinely cooked were likely to eat a more healthful diet than well-to-do women who did not.” [*2] While the CDC’s news – of early signs of fundamental behavior change- is very encouraging, there is not nearly enough research or conversation about the benefits children gain when they are involved in home cooking.

A recent issue of our magazine featured a recipe that called for an old-fashioned melon baller, an inexpensive tool that can be found in most of our grandparent’s kitchen drawers.  One proud grandmother wrote to tell us that her 8-year-old grandson’s number one birthday request was, you guessed it: his very own melon baller. It’s a miraculous feat to change a melon into a pile of spheres. Who wouldn’t want to eat the result? It’s not unlike the painting that hangs on the refrigerator door: children want to show off what they have created. And the distinction between “kid food” and “adult food”? Seriously? Japanese kids eat sushi, and Indian kids eat curry. My son regularly ate food too spicy for me.

We have transferred this most essential life skill – knowing what food is and how to prepare it – into the hands of big corporations, restaurants, and celebrity chefs. Community change begins at the kitchen table: cooking does not need to be, as TV programs promote, an elite, intimidating and extreme sport only for those in tip-top shape. Cooking simple, healthy, unprocessed, real food is obvious but overlooked way out of the obesity crisis.

We have turned into a nation of non-cooks who are raising a new generation of non-cooks. Cooking – and even just prepping- has so much to offer beyond the meal itself: math, science, geography, history and an understanding of other cultures are so well integrated into cooking you don’t even have to “teach” them. Simply consider a smoothie made with fruit and yogurt: what happens when you double the recipe? How does milk turn into yogurt (what is fermentation)? What is the difference in the price of fresh versus frozen fruit and why? Look at a map and find all the places where bananas grow. How are they transported? The knowledge gained through cooking can literally boost academic achievement.

And besides, learning to cook is just plain fun. Parents who don’t know enough to teach can learn alongside their children, encouraging teamwork. Cooking not only ensures that families eat higher quality food, it reduces food bills (yes, it’s true) and increases the likelihood of eating together as a family. According to Obesity Journal[*3], study after study demonstrate that eating together as a family reduces caloric intake, decreases depression, drug use and eating disorders and improves family communication and even test scores in school. It’s also a great forum for parents to model manners.

“Also”, as we say in our cookbook, “not to state the obvious, but kids who learn to cook will make you dinner”.  Too busy to cook? Problem solved. I can’t tell you how many parents tell us that their kids beg to be the family cook one night a week. One parent, a doctor, wrote: “She (her 11-year-old daughter) made breakfast, lunch, and dinner so far. Soup, salads, veggie sandwiches! She was so mad that my husband bought ribs for dinner because she wanted to make beanie burgers. She even made her own separate shopping list with things on it she never would have tried, but insisted on following the recipe”. All the parts that adults consider drudgery have appeal for kids.

If we are not teaching our children this primary skill- of learning what it takes to make a real meal, of being able to feed themselves and those they love – we are failing them. And anyway, barring a little bit of mess, it’s a solution with absolutely no unpleasant side effects.