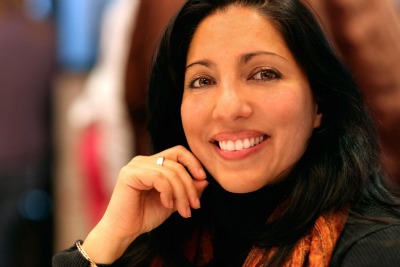 When I was child I always spent time with my parents in the kitchen, watching intently as my mother chopped masses of herbs for her Persian stews or my dad rolled out roti the flat-bread from his native Trinidad, my nose barely reaching the kitchen counter.

By the time I was seven I was asking to season my own steaks before they went under the broiler. When I was nine I tried my hand at preparing cakes from a box mix on my own. So, when I decided at ten years old that I wanted to try my hand at cooking something complicated and from scratch my parents readily agreed and let me choose a recipe from an old Joy of Cooking we had in the house.

The recipe was jambonette de volaille or stuffed chicken legs. Today, as a trained chef, I realize it’s an enormously complex recipe for one so young, requiring deboning chicken legs, stuffing, reshaping and then baking them. My father did the deboning part but I did the rest—and served them with clover-leaf rolls also from the book.

Years later I recalled the feeling I had as a young cook and created a teen-chef character for my book Stir It Up! who I thought captured the passion of a kid as unusual—odd, even—as I had once been.

Pretty soon, I realized how wrong I was.

Within days of the book’s release the emails, letters, and tweets came pouring in. Kids wrote me that my fictional teen-chef Anjali was “just like them”—and they sent me their recipes and pictures of their dishes to prove it. At every book signing  moms, dads, teachers, and librarians were eager to tell me about young people they knew who were serious and impressive cooks. Just last week at my seven-year-old daughter’s school another mom told me how her 6th grade son has faithfully cooked through every recipe in Stir It Up!

And, thus, I not only stood corrected but enlightened. I realized it was time for someone to do a book about remarkable kids in the food world—cooks, activists, educators. You’re out there, I know you are—and I want to hear your story.

If you are under 17, or know someone who is, you seriously cook or work with food and are interested in telling me about yourself—and your signature recipe—you’ll be considered for my next cookbook that features young people in the food world. Each entry will tell the story of the young person in a couple of hundred words and then feature his or her recipe, with tips provided from kid-testers around the nation.

Think of it as a book about folks who are amazing cooks, farmers, food reformers and supporters of healthy eating for all—who just happen to be kids. Email me at [email protected] and, if your story fits, I’ll be in touch soon with next steps.

I look forward to hearing from you!