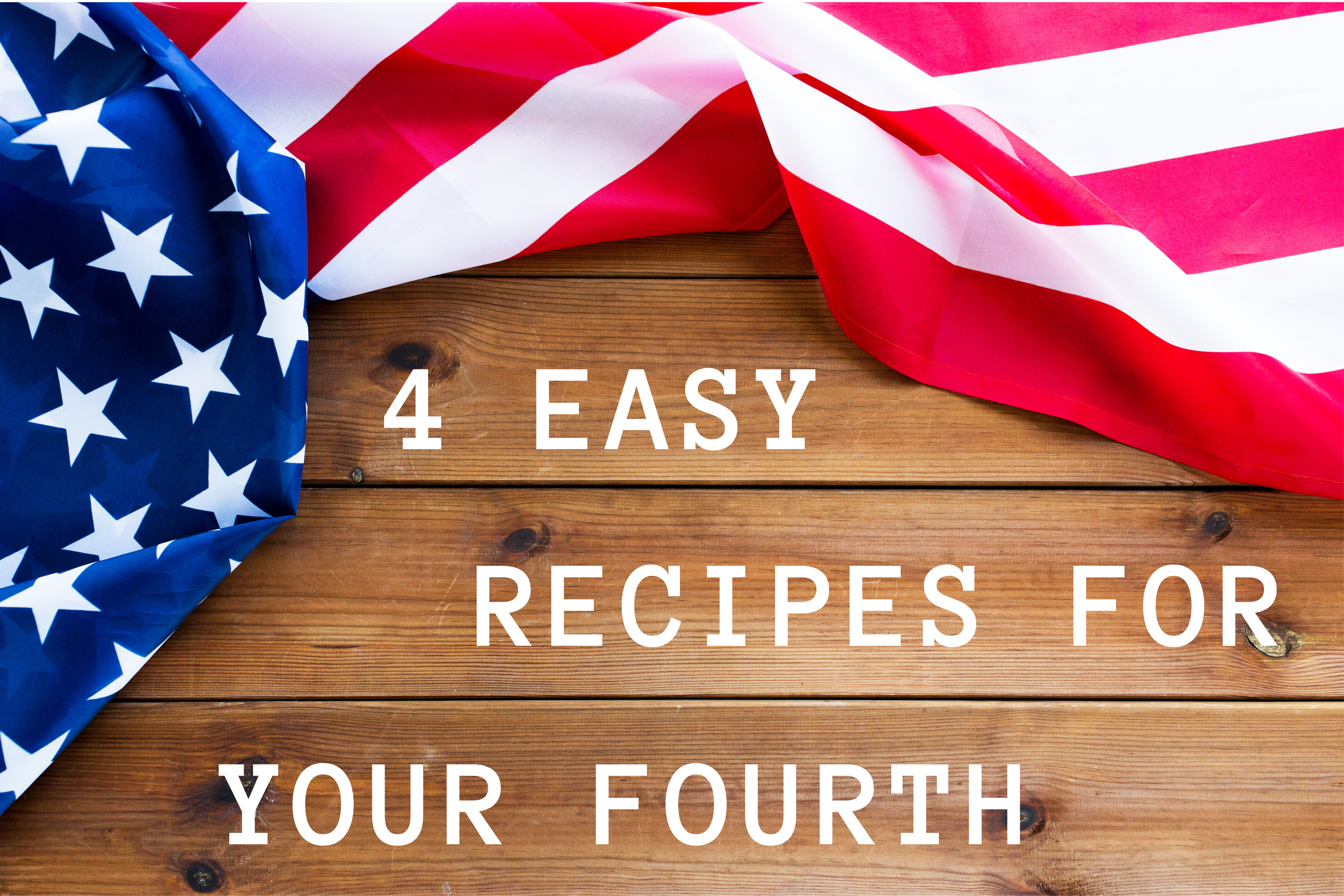 4 Recipes for Your Fourth of July Cookout When I was growing up, my parents took me to the New York World’s Fair almost every weekend. And, almost every weekend, fireworks were displayed. The fireworks, etched into my memory, seemed as if they were breaking up the sky: massive, deafeningly-loud, and seemingly forever-lasting. I found them ominous and overwhelming and, as a result, have never been a fan of July Fourth. That is until I spent July Fourth in Nahant, a small Massachusetts town on a peninsula in Essex County, where the fireworks are of the old-fashioned sort: beautiful, short and sweet, and not scary at all.

Like Thanksgiving, people expect traditional foods (burgers, coleslaw, potato salad) on July Fourth. So while I’m willing to go a little bit traditional, I like to change things up a bit. There’s nothing quite like blue cheese with beef, but if you’re not a fan, simply substitute another cheese or leave it out. Likewise, the black pepper can be reduced if desired.

1.    Divide the beef into 4 equal portions and form each into fat patties.
2.    Divide each patty in half and flatten it. Put 1 tablespoon blue cheese on half of the halved patties and then top the blue-cheese halves with the other patty halves. Tightly pinch the edges and re-form each into a full patty.
3.    Put the pepper and salt on a plate and mix to combine. Dredge the patties in the mixture.
4.    Prepare a grill or put a large skillet on the stove and set the heat to high. When it is very hot, add the patties, one at a time, allowing the pan to reheat for 10 seconds between additions. Cook until almost black, about 3-4 minutes on each side for medium rare.  Serve right away. I serve this instead of potato salad. Other than the potatoes, it’s the same salad (scallions, parsley, and the same dressing).

1.    Put the beans, scallions, and parsley in a medium-size mixing bowl and toss to combine. Set aside.
2.    Put the garlic in a food processor or blender and pulse until it is chopped. Add the vinegar, mustard, and basil and mix until well combined. With the machine running, slowly add the oil. Add salt and pepper to taste. Pour over beans and refrigerate for at least two hours and up to overnight to let the flavors meld. Serve cold or at room temperature. 1.    Put all the ingredients in a large bowl and toss well.
2.    Cover and refrigerate at least one hour or up to four. Serve these cookies with fresh blueberries, and you’ve got your red, white, and blue!
You don’t have to refrigerate the dough overnight, but doing so makes a better cookie.

1.    Put the butter and sugars in a large bowl and mix until fully combined. Add the eggs and vanilla, being careful not to over-beat.
2.    Add the flours and oats (but don’t mix yet) and then sprinkle the top of the flours with the baking soda, baking powder, and salt. Mix well.
3.    Add the chocolate chips and cranberries and mix again.
4.    Using a small cookie scoop (or 2 tablespoons) form the dough into balls. Cover and refrigerate at least overnight and up to two weeks.
5.    Preheat the oven to 325 degrees.
6.    Put the cookie balls on a cookie sheet and press them down. Transfer to the oven and bake until brown on the edges and still soft in middle, about 12 minutes. Cool sheet between batches.