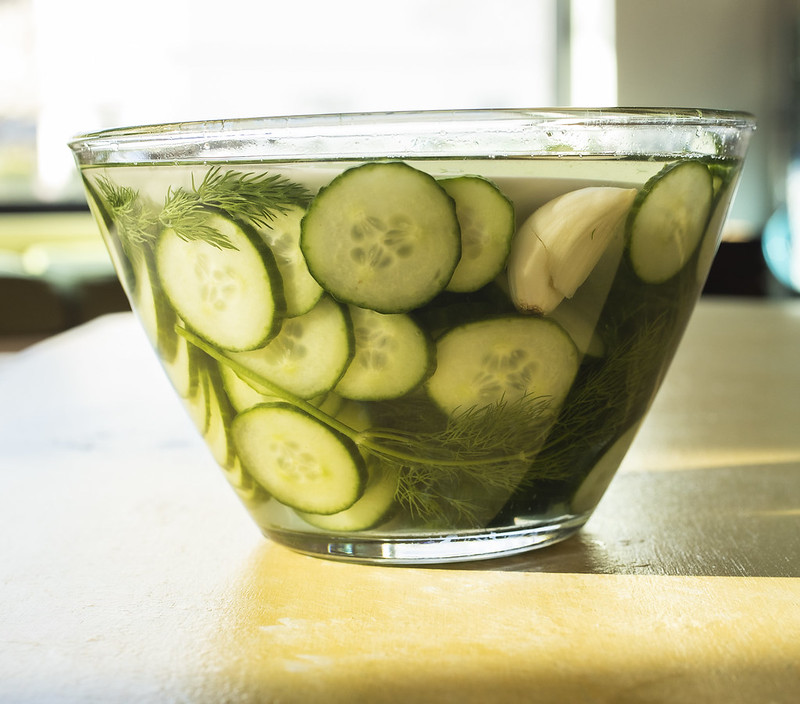 Pickles are incredibly easy to make! The main ingredient, besides cucumbers, is patience. You won’t find little pickling cucumbers until late in the summer, but you can make these with English or Persian cucumbers any time of year.
Print Recipe Pin Recipe
Prep Time 20 mins
Total Time 48 mins
Servings 2 quarts

These pickles get sour from the added vinegar as well as the natural process of fermentation, during which healthy bacteria convert the cucumber’s natural sugar into tart lactic acid.

Taste a cucumber slice at every stage: plain; right when you pour the brine over them; after 1 day; after 2 days. What do you notice?
Previous post Next post
0
0
Your Cart
Your cart is emptyReturn to Shop
Continue Shopping